People who abuse alcohol or drugs are much more likely to develop mental illnesses than those who don’t. And people with mental illness are also prone to developing drug or alcohol addiction.

Unfortunately this leads to a cycle in which each condition makes the other worse and it can be hard to understand cause and effect.

This high rate of comorbidity between drug addiction and mental illnesses highlights the need for an integrated approach to addiction treatment that identifies and evaluates each disorder at the same time and provides the appropriate treatment.

The chicken or the egg?

There is a difficulty in determining what issue precedes the other – in many cases, trauma or depressive disorders can trigger substance abuse and on the flip side, substance abuse causes mental health issues, such as the psychoses that result from excessive use of methamphetamine.

Often they occur in tandem, and combined, exacerbate the effects of each condition. For example, schizophrenic episodes are heightened when combined with ice or cannabis use.

According to drugabuse.gov, several pathways appear to influence the connection between mental illness and addiction to illicit drugs.

Genetics and environment play a role

For both conditions, there are common risk factors which can either contribute to drug addiction, mental illness or both. Drug addiction related illness and other mental illnesses are caused by a blend of overlapping factors. These include both genetic and epigenetic vulnerabilities and direct environmental issues such as repeated exposure to stress and trauma, especially in developmental stages of life.

From a genetic standpoint, several genes contribute to the risk of developing both mental illness and substance use disorders. For example, some genes influence the actions of the chemical messengers within the brain, neurotransmitters. Neurotransmitters, such as dopamine, are directly affected by drug use. They behave dysfunctionally in mental illness.

Some types of mental illness can predispose an individual to developing a drug addiction.  A common theory is that individuals will use drugs to self medicate as a means of dealing with their mental illness.

Individuals who develop mental illness often display altered neurotransmitter pathways, which can enhance the rewarding affect of drugs. For example, studies found increased craving symptoms for alcohol amongst patients with an ADHD diagnosis. Schizophrenics are five times as likely to smoke cigarettes as those without a mental health disorder according to statistical data collated by the National Institute of Drug Abuse.

Drug abuse can cause mental illness

On the flip side, substance use and drug addiction can contribute to the development of mental illness. Drug abuse can affect the same areas that are affected by mental illnesses such as schizophrenia and it has been suggested that drug use can trigger an individual predisposition to acquiring particular mental illnesses.

A study undertaken by Chen et al clearly demonstrated the link between high intensity programs and superior outcomes for both mental illness and substance use disorders for patients suffering from addiction and mental health issues.

Our ninety day residential addiction treatment program includes the Dual Diagnosis Program. Dual diagnosis refers to the diagnosis, and treatment, of both the addiction and any mental health disorders. It is imperative both are treated for the best possibility of long term recovery.

Our qualified and accredited staff and health professionals, such as psychiatrists, who are experts in both mental illness and substance addiction provide intensive treatment and comprehensive support for dual diagnosis patients. We are the only ACHS accredited private rehabilitation facility in Queensland, which ensures the highest standard of care for yourself or a loved one. 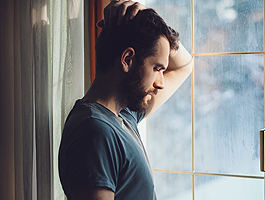 For the best treatment outcomes, it is imperative to correctly assess and diagnose substance abuse problems and concurrently occurring mental illnesses.
Read more 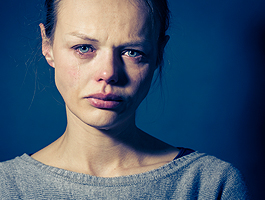 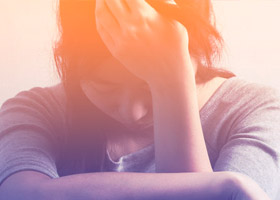 If you are diagnosed with a mental health disorder and addiction at the same time, this is referred to as co-occurring disorders. It is also commonly called dual disorders or comorbidity.
Read more 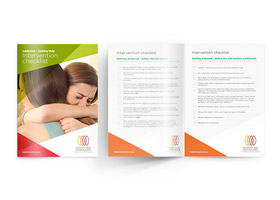 A free intervention checklist: A complete guide to an intervention - what to do before, during and after.
Read more