When Faith started using drugs aged thirteen, it felt like an innocent attempt to gain confidence and have more fun in life. However, over the course of the next twenty three years, Faith’s drug taking descended her into a life of addiction, pain and brokenness. As she slid into addiction, she lived to use drugs, believing that they were the only way she could function.

The disease of addiction deceived Faith into believing that she was a “highly functioning addict”, after all she had a decent job, three beautiful children and an upmarket home.

Faith describes the beginning of the descent into drug hell. “At thirteen, I started smoking marijuana and began progressing to other party drugs like GBH, ketamine and cocaine on weekends. I entered into a relationship with an abusive man and soon was smoking marijuana every day.”

Last year, Faith’s twenty three years of taking drugs finally took their toll. Faith had discovered ice and GBH and was using daily. Fuelled by GBH, Faith wrote off her car in a high speed crash, resulting in dismissal from her job. Her life became unmanageable. “I did anything to get money – to support my habit, to support my children and pay for my home. I put myself in stupid situations to fund that”.

However, it was too late. Her three children were removed from her care by DOCS. Traumatised by this loss, Faith went off the rails, reporting that she went harder on the drugs than ever, so that she could numb the void.

“When my kids were taken away from me, I didn’t want to feel.. all I had known for twenty three years was drugs. I numbed my emotions with drugs.”

Faith’s turning point occurred after coming home in the early hours of the morning to discover that she’d locked herself out of her house. She tried jumping the fence to get in, which result in a broken wrist. Faith recalled, “I took a look at myself in the mirror and didn’t recognise the reflection staring back at me. I was not only broken physically, I was broken inside. I knew that I couldn’t get off the drugs by myself. I couldn’t even do that for my kids. DOCS were involved and I couldn’t even provide a clean urine screen.

I was devastated that I couldn’t change for my children and researched and sought out rehab.

Faith describes the first ninety days in the rehab clinic as one of the hardest things she has done, explaining that while the physical withdrawal was tough, nothing could have quite prepared her mentally for what lay ahead. “I was stripped of everything I had become comfortable with,” describing the situation of packing her bags to leave and “get out of there”. Yet, an innate voice within told Faith that she needed to do this “more than anything else in the whole world”.

Describing the turmoil, Faith shares, “emotions were coming up that I’d never experienced or been able to handle without drugs. The Hader Clinic loved me back to life. They helped me, they gave me the tools to deal with these emotions. I was stripped back to “raw”.”

At the forty day mark, Faith experienced an epiphany about her drug use, realising that the disease of addiction did not have her best interests at heart. Becoming spiritually aware, she began to understand that the way she’d been living had been getting her nowhere and if anything, was getting her into more trouble. “I knew without question that I needed the help and surrendered to everything.”

The impact of the transitional housing program on Faith was profound. Faith explains, “this was a wake up call – you’re wrapped up in cotton wool in rehab so that you can be stripped raw and begin to work on yourself. When I got to the transition housing, I felt like recovery had really started as I had to learn to manage triggering situations, I had to be accountable to the Hader Clinic by attending check ins and meetings. Rehab alone hasn’t kept me clean – it’s the transitional housing and recovering on the outside where my hardest work has been done. It’s the hardest, yet most rewarding thing I have ever done.”

Faith has also learned how to receive support from others and give support in return – and most importantly, learned to reconnect with herself.

Life without drugs has opened up opportunities for Faith.

She’s now studying a Diploma of Alcohol and Drug Addiction, and it’s her dream to help and support other addicts, adding that, “you can only keep what you’ve got by giving it away. The study is hard work, but nothing is easy in life. I have had the hardest six months of my life, but they are also the best six months of my life. I believe nobody walks into rehab by accident. Upon reflection, I am blessed to have the disease of addiction. I have learned about myself, I have gained the tools to learn how to live life and I am grateful for the opportunities I have every day.”

At the Hader Clinic, we recognise that women are affected differently by alcohol and drugs and need specialised addiction treatment for women.
Read more 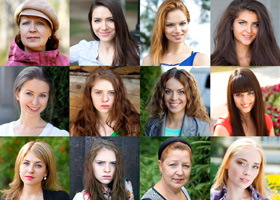 Misconceptions About Women With Addiction

Tackling the misconceptions about women with addiction can help to smooth the way for women to start their journey to recovery.
Read more 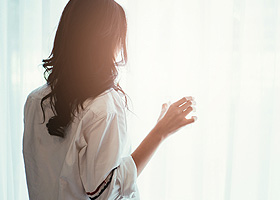