Chris, born into a family consumed by addiction, now 49, has been battling addiction for half of his life. Following his treatment for addiction he shares his story.

I’m sure anyone reading this would question whether there was any truth in my story. However, this is an accurate description of the family that I was born into.

Being born into addiction has its curses and its blessings. In many ways, I feel blessed as it showed me the pathway to the AA fellowship from an early age. I didn’t know that NA (Narcotics Anonymous) existed though.

My father was an alcoholic. He became sober when I was a small child. Growing up and throughout my adult life, my Dad and I had a very close-knit relationship.

However, when I turned fifteen, my Dad had a car accident. The trauma of that was enough to propel him to start drinking again.

To say that my world was turned upside down is a bit of an understatement. Dad was my best friend and for the first time in my life I began to feel the consequences of addiction.

His alcohol use became chronic, until he picked up marijuana. Weed was used as a “shield” against alcohol. He joined AA, became sober, but continued to smoke weed.

I grew up with marijuana. My mum also smoked it. I was really none the wiser about it. It was completely accepted within my family.

Using didn’t start for me until I moved out of home. It started with alcohol – a couple of times I drank to the point of being unconscious.

At nineteen, I remember Dad going to AA. It planted a bit of a seed, I think. Dad wanted to help me.

At the age of 20 I was still drinking as well as smoking weed with Dad. We considered it a wonder drug as it kept Dad from drinking.

At 25 my drinking increased. It wasn’t smooth sailing for me. I was experiencing blackouts from alcohol use.

Again, Dad planted the seed of AA and told me when I was ready he would take me to my first meeting.

It was just after my 30th birthday the depression, blackouts and fear got me to ring him and say “I’ve hit rock bottom”.

That night I went to my first meeting at Nundah in Brisbane. My Dad who was sober at the time was a very happy and relieved man.

However, we still continued to use what we thought was our addictive saviour, weed.

Honestly, I didn’t know the danger. I attained being clean by not using alcohol, but I was still smoking weed.

I moved away from home and Dad relapsed. Mum wasn’t much better. By now she’d become institutionalised in the addictive lifestyle. Dad’s drinking had caused her a lot of pain.

By the time I reached my 40s, I was still sober and not drinking alcohol. I dropped AA meetings. Dad had been my sponsor. I remember doing Step One and then Step Eight. Dad and I formed an even closer bond due to his sponsorship.

Eventually I became Dad’s carer before he passed away ten years ago.

During this time, he stopped using weed. He told me that he felt terrible for starting me on it. He begged me to stop using it. He died as a clean man. Losing my best friend and confidant was hard.

I grew up as a musician and was playing in bands and with that came some dabbling in drugs, like speed on weekends. It was a pretty unbalanced lifestyle.

As fate would have it, I met Cameron Doomadagee’s family and played a gig for him. Cameron was an Indigenous man who died in police custody on Palm Island in 2014, which sparked riots on the island.

His family, and the Aboriginal community had an immediate spiritual impact upon me. They welcomed me as one of their own into their family. It was to be the start of my healing journey. I was still smoking weed however.

By 2017, I belonged in my Aboriginal family. I moved to their remote community in Doomadgee to become a better person.

I remained clean from alcohol, but still carried my marijuana addiction – which was getting expensive, living in such a remote area. I tried to limit my weed consumption. I did not want to upset the Elders who frowned upon drug use.

I got a job working as a school bus driver. I never smoked weed at work.

In 2019 I noticed how much I was suffering from my marijuana use. I was irritable, depressed and felt hopeless.

That was when I knew if I was to become a better person I would have to stop weed and go to rehab.

Around the same time, I met my now partner online. He’s the smartest man, a philosopher, and we shared our life based on the “Four Agreements”, a book penned by Don Miguel Ruiz.

One evening he called me out on my weed use. I agreed to rehab. I knew that he was calling me out because he cared for me, which helped make my decision to go to rehab.

I knew that I wanted to go to a private rehab. Getting the right treatment was very important to me and I wanted it to work. Years before I’d seen Dad go through the public system and didn’t have a lot of faith in it. This was to be the most important thing I’ve done in my life and wanted it to be right.

I didn’t know what I was in for when I walked down those now famous steps into the residential rehab facility. Mark and Donna were there to greet me.

I have to say that Mark is one of the most inspirational people I have ever met. In fact, during my first lesson with Mark, the penny dropped. Mark told us that “only 5% of the class will remain sober” – and the hope, the inspiration he gave me, made me determined that I was going to be in that 5%. My respect for Mark and Donna will forever be in my heart. Their love and passion put me on the road of recovery. I love them both dearly for that.

At that stage I also knew that I was going to stay for ninety days, not thirty. Mark has gone above and beyond in his teaching of the twelve step principles. In addition, Donna and JJ are two of the kindest and loving people I’ve ever met.

The feelings of isolation and depression when you hit your rock bottom made the decision to pay for my own rehab an easy one. It helped me shore up accountability to myself as well.

Today, I’m back home and back at work. I remain happily in my relationship with my partner who walks with me every step of the way.

One of the keys to my recovery has been my partner’s understanding of my addiction. We have a morning check in every day and this gets my day off to the best possible start. My sponsor is a big part of my recovery as well.

I cannot say enough good things about my experience at The Hader Clinic Queensland. I’m looking forward to returning to the residential rehab for “give back”. Sobriety is a gift, and I’m so grateful for every event that led me down this path. 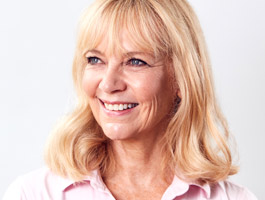 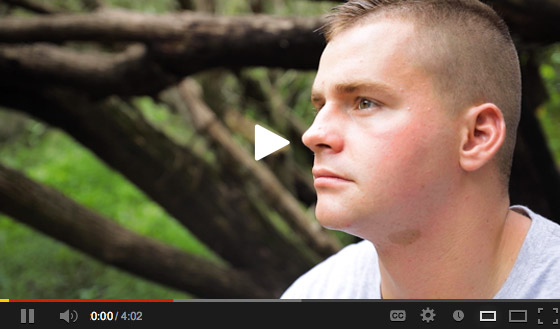 Will, a recovering addict, proves there is hope for people whose lives have been destroyed by their long-term addiction. Read his recovery story.
Read more 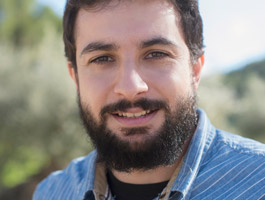 JJ is a support worker at our addiction treatment centre and has lived experience of addiction. Sometimes it takes an addict to understand how best to support another addict.
Read more 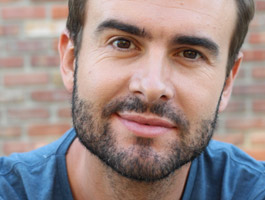