Hi, I’m Caroline. I’m a former advertising executive and I struggled with a cocaine addiction before it blew my world apart. This is my story about how I came back from the brink.

My addiction happened so slowly I didn’t even realise it was an addiction until the end, when it was too late.

I was working in the advertising space in Sydney when I first starting using cocaine, and tried to get away from it by moving to Melbourne.

I was earning a lot of money pretty early on in my career, and I had no idea how to manage it. Not that I’m blaming what happened on that, but rather, I’m trying to paint a picture. I was young and had a lot of money.

I started using cocaine and then hoped my move to Melbourne would help me stop (it didn’t) and my drug use got really bad. My reputation started to deteriorate as a consequence.

I tell people that I resigned from my job to go to the Hader Clinic Queensland, but the reality is I lost my job. I ended up having to do some things that weren’t right to pay my debts to drug dealers. I lost my house, my car and my job. And I lost myself.

It all blew up when I started prioritising paying for drugs over paying rent and other debts so in the end, I had lost my job, I was two month’s behind in my rent. I just had to flee. I had dug a hole so deep that the only way out of it was telling the truth really.

I remember the day that I was confronted at work by management about what was going on. I was driving to work thinking that it was all going to come to an end soon and that the only way out of it was just to be honest about my struggles. I just wanted it to be over.

I was lucky enough to be able to secure a bed at the Hader Clinic Queensland otherwise I would never have had the opportunity to attend.

So, that’s how I ended up there. Everything with work kind of came crashing down. That was the biggest part of my identity and my life. I moved out of my place in Melbourne and my partner and I simply walked out and left everything there. We flew to Queensland, thanks to my mum’s help and the help of family getting our stuff packed up and out of the apartment in Melbourne.

They talk about some people being born with a predisposition towards addiction. I don’t know if I was that. I went through a lot of trauma as a kid, but I don’t remember that much. My psychologist at the Hader Clinic Queensland reckons that I dissociated from a lot of those experiences, hence the hazy memories.

Anyway, I remember always living well beyond my means and having obsessive behaviours, plus all the things that go with it. Every time I used drugs early on, say as a teenager, I would always be the one who would secretly have five times more drugs than anyone else but not tell anyone.

That kinds of tells me that upon reflection, that I was always going to end up here. It just didn’t start that much earlier because my two previous partners were quite introverted and anti-social. I catered to their needs and never saw my friends or went out.

When I got out of my previous relationship, I started partying pretty hard. When I met my current partner, she was outgoing and displayed many of the same traits that I did.

I got introduced to cocaine when I was living in Sydney through some friends and I just remember thinking that it just had me from the beginning. I just never wanted to stop, I was just that person that never wanted it to end.

I’ve always been a big self sacrificer and I’ve always found it difficult to express what I’m  feeling, what I need and what I want. I think maybe using gave me some sense of self control.

Somewhere down the track, you cross that line without even realising it, and suddenly it’s not fun anymore. It becomes a thing where you’re on that hamster wheel and you can’t get off. But you don’t that’s happening until it’s too late.

I’d make half-hearted attempts to break the cycle. I’d binge use and then swear never to do it again. I was hating it and didn’t want my life to be like that and you’d pick it up again once you started to feel OK.

I’d only buy a small amount thinking, “I’ll just do one night only, just one” and that would be it. But that was never the case. Once I had that first hit, I was gone for days.

Initially, I felt like the drug gave me superpowers and I could go to work. However not sleeping for two to three days at a time meant that it became unproductive. I would tell myself that I needed it to get stuff done, to clean the house or whatever but nothing gets done.

When I moved to Melbourne, it didn’t take long to realise that I had more drug dealer contacts than I had friends.

I hadn’t spoken to my mum for a couple of years, I slowly drifted away from my whole family over the years. But when things all came crashing down, I had to tell everyone – my mum, dad, and my siblings.

I went into rehab with ten days’ clean under my belt after leaving Melbourne. Cocaine is such an expensive drug, so I probably couldn’t have used it even if I had wanted to. I was just at the point where I was happy to stop.

Once at the rehab, I was feeling so beaten. At that point I was so willing to recover. I took it all in from the get go. There were people struggling with being there, the program and its rules. I don’t think some people could understand why the rehab was set up a certain way.

That wasn’t my experience though. I could see that everything in rehab was designed to teach you something. I really loved everything about it. I had a room to myself, air conditioning, a bed, a safe space. I felt really good there and I actually didn’t want to leave.

What helped me the most in the rehab was the education classes and psychology. I also loved the discipline and the routine and I really tried to use the time to set some behaviours for myself that I could carry to the outside because I’ve always been the sort of person who’s been inconsistent, always sleeping in and not so great with self care.

While I was in rehab, I put a lot of energy into getting up at 6am and exercising and getting that routine going.

I remember the first psycho education class. It was about the Karpmann drama triangle and I just cried. I spent a lot of the first few weeks in tears because I was having all these lightbulb moments. The classes taught me a lot about relationships and boundaries, anxiety, mental health and addiction. I found all of that really great.

I think the best thing the rehab is that it’s part of the 12 Step fellowship program, because it  introduces you to a new way of living. That’s the thing that will help keep you clean on the outside even though rehab gives you the opportunity to reset and refocus.

Throughout the whole process, the relationships I have with my family have improved as well.

The other thing in the program that worked really well for me were the one on one counselling sessions I had. I found them to be really beneficial and it uncovered a lot.

I think that’s important because the program really strips you bare and the counselling  helped fast track the progress that I made.

I finished the 90-day program at the Hader Clinic Queensland about 8 weeks ago now. And already my life is better. I’ve decided to stay in Queensland because of the connections I’ve made here. I’ve been approved for a rental property and am back in full time work in marketing.

I still just try to live in each day, but I cannot thank the Hader Clinic Queensland enough for the support and help that they’ve given me in reclaiming my life back. 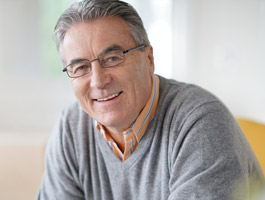 Dan’s life appeared normal, until it, and his family’s, collectively spun out of control as his drug and alcohol addiction took over his life.
Read more 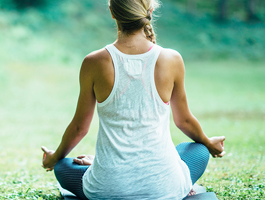 How Rehab Changed my Life

Robyn is a support worker at the Hader Clinic Queensland, a mature aged student and a yoga teacher. She’s also a recovering alcoholic. Read how her addiction journey is shaping her new life.
Read more 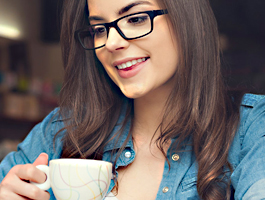