How Rehab Changed My Life - The Hader Clinic Queensland

How Rehab Changed my Life

Robyn is one of our dedicated support workers at the Hader Clinic Queensland, a mature aged student studying Clinical Exercise Physiology and a yoga teacher. She’s also a recovering alcoholic.

Robyn’s addiction journey is now shaping her career path. This is her story.

Hi, I’m Robyn. I’m a recovering addict. I started drinking and drugging at the age of 14 when my parents split up. It was definitely a “rebellion” thing, especially towards my mother.

For me, the drinking and drug taking didn’t present a big issue as a child. I had no chaotic drug events really until I joined the army at 19.

I would say that the army has the biggest drinking culture in the world. This meant that I was able to drink and get away with it.

A lot of my issues were internal. Most people didn’t realise that I was constantly thinking of suicide or even struggling with feeling really depressed.

I felt like I didn’t fit in, didn’t belong and I used alcohol to cope. It was my best friend, my lover, my whole world and it wasn’t until after my dad died when I was in my late 20s that I really went psychopathic, for want of a better description.

I went really heavy on the drugs for six months and once I quit the drugs I went into overdrive with the alcohol.

I stopped the drugs because I was really scared of being caught. If you get caught doing drugs in the army, then that’s basically the end of your career.

As I said, the drinking escalated – this was because I didn’t have anything to numb my mind down with.

I was abusing cocaine and ecstasy. I’d use drugs all weekend, then use cocaine on my way to work on Monday mornings so that I could actually get through the first day of the working week without going too far downhill.

It all seems bizarre when I look back on it now. It’s like, “holy shit man, here I was in an army uniform snorting coke before work!”

To sum up, I was drinking to fill an emotional gap, plus I’d been posted to a unit that I didn’t want to work in. The unit was a training establishment and the drinking culture… wow, it was huge.

We worked hard and we drank hard.

By the end of my stint there, the alcoholic related blackouts were becoming problematic. I didn’t know what I was doing half the time. I had even broken my hand punching a wall – of course I don’t remember this.

Eventually I spoke to my then partner after we’d had a huge fight and said,“I think I have a problem with alcohol.”

It was in this instance that I had this “oh crap” moment.

I thought “I’ve said it out loud and somebody else has told me that, yes, it’s true”.

My partner and I broke up and I got into recovery. I went to a military rehab.

Of course I lied to the doctor about the extent of my drinking, but they insisted that I go to rehab regardless. I didn’t tell the military about the drugs as that probably would have resulted in instant dismissal had I disclosed it.

I did a twenty eight day stint in rehab and started to go to AA meetings while I was still there. I have never needed to pick up a drink since.

I also did a subsequent outpatient clinic where I saw a psychologist for twelve months. That was the best thing for me as I had proper mental health support.

By this stage I’d given up the ghost – I wasn’t lying about my using and I was upfront about my battles with depression. Because I let go, I got well. I credit that to stopping the lies – to myself and then others.

You see, I had been going to psychologists for years. They had asked me if I drank and I’d always reply, “just one or two”. Obviously I failed to say one or two bottles!

It was getting sober that ended my military career. I was now a different person, open to new possibilities. I realised that I’d been drinking the “Kool Aid” of the military for 12 years, and I realised that I had changed too much to remain a soldier.

Despite the army denying that there’s a culture of drinking, from my perspective, it simply isn’t true. Unless it’s changed in the last ten years or so since I left.

Once I got out of the military, I remained clean. I went backpacking and spent several years in the Middle East and even did a stint of working for “Save the Children” in Nauru.

I became a yoga teacher and I decided that more than anything else, I wanted to do more with yoga. I understood that I knew little about the human body which is why I started my degree in Exercise Physiology.

Some of the people I knew that I met through AA when I first left the military were working at the Hader Clinic Queensland and they kept saying that I should come up and work there.

I was a bit hesitant at first because I no longer attend AA meetings these days. With my yoga practice, I am very much sober and on a spiritual program.

Once I met Jay at the Hader Clinic Queensland, my fears were allayed. He told me, “you have lived experience and you have been sober for several years and continue to live sober”.

So I started as a support worker.

One day the yoga teacher could not make her class and I was asked if I’d like to teach. I was very happy to do so. Shortly after that I was offered a yoga teaching role permanently.

It was exactly what I wanted to do – it felt like the planets were aligning for me.

The philosophies of yoga align well with the process of recovery.

Although it’s an Eastern exercise modality, I felt like I needed to understand more about the body and the biomechanics of how muscles and joints work in yoga movement patterns. When you add the spiritual side of yoga into the mix it becomes very holistic and perfect for recovery.

I’ve been teaching yoga for most of the year to clients at the clinic. The clients that can work on letting their ego go seem to experience the best recoveries. When I teach a class, I often see the clients fighting the postures and creating resistance and fighting within themselves.

Some tell me that they’re above doing this “girly shit” but I swiftly inform them that, “yoga, dude, was created for men”.

Then I tell them to shut up and get on with it. The clients that are willing to be challenged and open to giving things a go, you can just see the changes in them whereas those who resist find recovery tougher.

When you engage with a program fully, change happens. We have one gentleman in here at the moment – when he first started, he didn’t want to do yoga at all. I said to him, “yoga was originally designed for men. And I’m an ex soldier teaching it – not exactly a girly girl”. And he was like, “okaayyy, I’ll give it a go”.

And over the past six weeks, he’s changing. His eyes are different, his thoughts and headspace are different. He’s going out for runs and doing other activities within the recovery program and he recently said to me, “I want to be better”.

When someone says that, I know they want it (recovery). There’s a big difference between wanting it and, “oh I’m only here because my family sent me”.

I meet some very resistant people. Yoga challenges them, especially doing certain postures. Yin yoga, where you hold poses for a sustained length of time pushes them to sit and be still. They don’t want to be still.

Talking to them and telling them to get out of their heads and into their bodies has been a challenge.  They look at me and say, “what the hell does that mean?”

However, when they “get it”, you can see it on their faces – they finally do “get out” of their heads – it’s brilliant.

One of the key things about yoga for me, even though I started when I was sober, was that it has been instrumental in keeping my PTSD (as a result of military service) at bay. I go to a psychologist every fortnight for PTSD. Even when I’m having my most severe panic attacks, I can still go and teach a yoga class. Yoga has been phenomenal.

Teaching, especially to veterans in recovery is wonderful. It’s fantastic watching them being able to have this moment of quiet and their PTSD abated for an hour. This gives them the knowledge that it can be abated for a lot longer.

There are many supporting studies for yoga and PTSD and recovery from addiction in general with yoga. I want to keep working in this area with veterans when I finish my degree. I drank the Army “Kool-Aid” believing that I was a happy little soldier, but the reality is that I was far from it.

I see many veterans coming to the clinic dealing with the same issues that I have, and I think of the mates that have committed suicide as a result of their service.  There are massive addiction and PTSD problems that occur as a result of just doing your job. Which is why I’m here to make a difference.

The Hader Clinic Queensland is an approved provider of residential drug and alcohol rehabilitation services for eligible Department of Veteran Affairs (DVA) patients. White and Gold DVA Health Card holders can undertake the residential rehabilitation treatment program at no cost, with immediate admission with a doctor’s referral. Please call us on 1300 856 847 for more information. 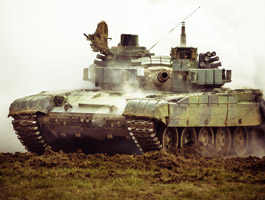 I’m an Army Veteran and a Recovering Alcoholic

A little over six months ago Mick's life revolved around earning money to use, rather than earning money to live. Mick is an army veteran, and a recovering alcoholic. This is his story.
Read more 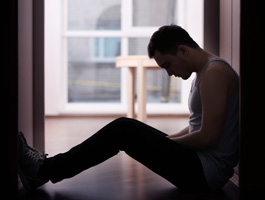 The Complex Relationship of Addiction and Mental Health

When it comes to addiction to drugs and/or alcohol, the chances of a co-occurring mental health disorder are alarmingly high.
Read more 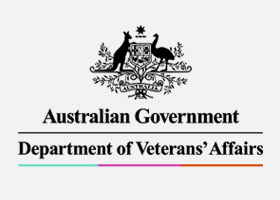 The Hader Clinic Queensland is proud to be an approved provider of residential drug and alcohol rehabilitation services for Department of Veteran Affairs (DVA) patients.
Read more