It Was No Way to Live

Dan spent sixteen years believing that he had his amphetamine use under control.

However, once he added the trauma of a marriage breakdown to the mix, his using went into overdrive.

Dan’s descent into drug hell culminated in a life devoted to crime and using with little joy in between.

Desperate to avoid jail and rekindle the relationship with his son, Dan knew that he’d reached the end of the line with his addictive behaviours.

Exhausted from the struggle, Dan reached out for help and went to rehab.

This is his story.

I started playing piano when I was six years old and I’m a qualified pianist.

I also ran a few companies. We had a family owned transport company – I ran that for awhile. I also started a company in Darwin.

I come from a decent family, Mum and Dad are still together, we’re a religious family – Dad’s an Anglican Christian.

My drug of choice was speed, back in the day when I started, so I had my first use of speed when I was 17 intravenously – and I continued to use, right up until I went into rehab last year.

I used for eighteen years.

I started drinking and smoking pot prior to using speed – I was around about fifteen.

Alcohol was also a bit of a problem because when I moved to Darwin for a few years, I decided to stop using speed and became a bit of an alcoholic instead.

When I returned to Brisbane, I knocked that addiction on its head and took up using speed again.

I guess you could say that I was an active, but functional, addict for the first fifteen or sixteen years but a couple of years ago my life started to go pear shaped and that’s when things started going really crazy.

In 2015, I started getting into trouble with the law.

I ended up having to leave my job so I could deal with the outstanding police matters.

I basically had 56 charges laid against me – I went to court the other day and things were finalised, thank goodness.

When I left my job, that’s when I hit a new low.

I started chronically using, several times a day in fact.

This coincided with my wife and I separating, and eventually divorcing.

That’s when I started using daily and stopped caring about anything.

It was still stressful. My wife wasn’t really aware of my use, as I had kept it well hidden.

We decided to mutually separate as we were arguing all the time.

Looking back now, I know it had 100% to do with my addiction. She knew that I used here and there, but the main thing was that I wasn’t there for her. Never offered her any support. When she had our son, she’d wanted to have a natural birth, but for various reasons needed a C Section. She was pretty upset, but I wasn’t present to support her through it.

We moved to Darwin three months after our son was born and I started our new business.

She was struggling and having a really rough time dealing with it all and I just wasn’t there to support her through that at all.

We grew apart – because I wasn’t there mentally or physically.

As our marriage fell apart I started using more and more and once we had separated, I really went to town.

I’ve always been dedicated to work, but I … I just gave up on everything. All I focused on was using.

Eventually I started to do everything illegal to maintain that use. Even as I walked out of my company, I had the police after me.

I ended up evading police for a three month period and at my first court appearance had racked up twenty eight charges.

The majority of the charges were about supporting my addiction – seventeen counts of fraud, break and enters, stealing, possession … six drug driving charges.

So life was a mess.

When I separated, we had 50-50 shared custody of our son. But my addiction got so bad, and I was in such a bad place, I had to give that up – and agreed to see him on weekends.

There were two things I never wanted to do – go to jail or lose my son. And I was well on the path to doing both of those things.

There’s no real reason for me to have been destroying my life.

I came from a good family. Dad’s always supported me and always gave me everything I needed. He’d give me money to survive, not for drugs, but I’d spend it on drugs anyway. Once he was shown that he was enabling me, that stopped pretty quickly.

I never really wanted to stop and my stint in the Hader Clinic Queensland is my first, and hopefully last attempt.

I had three big court cases – one spread over sixteen months.

In the meantime I just used more and more. I got a suspended sentence and I thought, “you beauty, everything’s over now. I can stop using so much and get back into life”

But at that stage I was so far gone that I couldn’t stop  – and with the use came seventeen fresh charges. I faced court for that. I ended up getting parole.

Again I decided to try to stop using.

Three months into my parole, I just couldn’t stop. I ended up getting picked up for possession and then driving under the influence.

I got charged with those offences.

I was skating home and out of nowhere, it hit me like a ton of bricks – I was buggered, I was exhausted, I was done.

So I called my father, and said, “I need to go to rehab”.

My Dad used Google, found The Hader Clinic Queensland – I wasn’t in any fit state to wait for public rehabilitation – and I was admitted straight away.

I was at the end of the road. My life had been destroyed. I had nothing left.

Any joy I had in using had disappeared, had gone years ago, now I was beating a dead horse.

When I got to The Hader Clinic Queensland, I knew nothing of NA, the program or any of it.

When I got into the program, I realised that I’d already made progress in the first three steps. I had surrendered and I was willing to do anything that I could because I knew that I couldn’t handle my own life.

I literally gave it everything I had.

Now I’m in transition. I’ve been in transition for about six weeks which has been great. I’m planning on doing a six month transition period and then do outpatient treatment.

I was willing to do anything to get clean and stay clean, so I got stuck straight into the program. Put my head down and did the required work and then some.

Occasionally you come up against people who aren’t as recovery focused as you are. So I just blocked that out and focused on me.

The staff were all great – they were fantastic – I doubt I would have been able to do it without the support of these guys. Even the people in the office are great. They’ll do anything to support you and see you through. The staff at the clinic helped me through everything.

I really loved rehab and for the most part it went without a hitch.

But I did have one drama.

Before going to rehab I was in a toxic codependent relationship with a girl who also used and was in active addiction. And she was pregnant and about to give birth and I wasn’t sure whether I was the father or not. I’m still trying to sort that out.

I tried to get out of the program to see her and I felt like the staff weren’t helping that happen. However, that mindset only stayed for a few hours as I realised they were doing everything they could to help me.

The first thirty days in the transition house were tough.

It’s a bit of a shock to the system when you get out of rehab. You have to do two meetings a day and due to my criminal history and no drivers’ license I found that hard and often time consuming.

You check in every day, whether that’s at the house or at the office and by lunchtime you’re off to a meeting. Then I’d go home for the afternoon and head off to another meeting. Those first thirty days were busy.

Since I’ve come out I’ve done a Cert 4 – an accreditation in skills training and become a coach of my son’s soccer team.

Now I’ve got training with him on Tuesdays and Thursdays plus he plays on Saturdays.

Now I’m down to one meeting and managing really well.

I get up and go for a five kilometre walk in the morning, and then check in.

I go to the gym on Mondays, Wednesdays and Fridays too.

I do a bit of housework, pack lunch, and head off for the day – do my meeting and then catch public transport to meet my son after school. Then I muck around with him for the afternoon or go to soccer.

Later I go home and often do an evening meeting.

I also cook a lot in the house so there’s never a dull moment.

The relationship with my ex-wife has improved too. We’re actually friends.

When I decided that I was going to rehab of my own free will, I phoned and told her. She supported me from the get go, coming up to the rehab facility every weekend to visit.

When I told her, she said, “thank goodness – I never thought you’d ask for help”.

Those were her exact words.

Down the track I’ll be working again. I will probably start another business.

However, that will be awhile.

I went to court on Friday and lost my license for 30 months and got a nine month prison sentence, wholly suspended for three years.

I want to have that sorted before I get a job.

I’m giving recovery a good crack, in fact it’s the only crack I want to give it.

I’m pretty busy with the soccer coaching and the meetings. To put work on top of it would be asking for trouble I think.

Things have a way of working themselves out when you’re clean and sober.

When you’re in active addiction, you just keep digging that hole deeper and deeper.

Recovery is great. Rehabilitation is a gift. You’ve got to be ready and willing to do it.

Rehab sets up a great foundation but you’re the one that needs to want to stop. 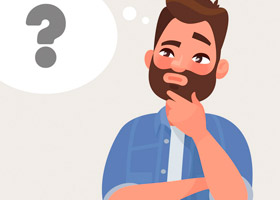 Carol and Wayne were being consumed by their son DJ's ice addiction. Not knowing what to do, it was an unexpected call from a solicitor that started his journey of recovery.
Read more

Drugs and alcohol can take away control over your life; and the consequences can be disastrous. As a result, addiction often goes hand in hand with a variety of legal issues.
Read more