For more than half his life, Mark* has been living a lie. Mark’s colleagues know him as a responsible guy, capable of delivering projects on time. Mark’s family know him as a high functioning heroin addict.

When he was 17, Mark started dabbling in drugs. Now 39, Mark describes his childhood as growing up in a reasonably functional dysfunctional upper middle class family in Brisbane.

‘Around the age of 21, I was using heroin to the point that I was suffering physical withdrawals,’ Mark says.

Mark was also trying to finish his universities studies, working full time and maintaining a social life. He realised something would have to change.

‘I knew I couldn’t work and maintain a habit. I would probably end up going to jail because you’ve got to make money somehow, whether from dealing or rorts. I really didn’t want to go there,’ he says.

‘I tried numerous things – rapid detoxes, injections of vitamins, seen doctors, naltrexone – but by the age of 23 I went on maintenance on methadone.’

During his 14 years on methadone, Mark continued to use heroin as often as he could. He was also holding down a professional job where he managed up to 50 people at a time.

‘I think some people knew, but they wouldn’t have said anything. Some people wouldn’t have known,’ Mark says. ‘I suppose the people who care about me probably knew something was going on, and they probably had a sneaking suspicion of what it was.’

Three years ago, Mark hit a low point. He couldn’t get out of bed or go to work. His father suggested it might be the methadone, so Mark started cutting back his treatment. He started relapsing in the past year.

‘Heroin is my drug of preference,’ he says. ‘All the other ones, like methadone, they’re just poor substitutions. They help so you don’t suffer as severe physical withdrawals, but I wouldn’t choose them.’

Because his parents both moved to Australia as adults, Mark has no extended family in Brisbane. His family was close knit. His heroin habit prevented him from forming real relationships, particularly intimacy with women.

‘I was identified by my job and I was living two lives. I was living the life I was at work, and with my family, which involved a lot of lying and deception. And the life with the people I was using with. And I was even isolated from that group significantly,’ he says.

Mark has been involved with NA for a few years, but he found himself using heroin on a semi regular basis. His habit increased until he was no longer able to go a day without using.

‘I got to a point where I couldn’t stop. I tried,’ he says. ‘I tried detoxes at home, I tried just gritting my teeth, but I just couldn’t do it.’

To fund his habit, Mark stole money from his family. It was this that lead him to recovery. When his family confronted him, he opted for rehab.

‘They asked me to make the phone call, to put the willingness in for that,’ he says.

Having tried to quit on his own, Mark had three requirements for rehab: they had to offer detox, it had to include a 12 step program, and, most importantly, they needed to take him immediately.

‘To take someone to detox is a huge rarity in the rehab world. They want you to detox before you come,’ he says. ‘If I could detox myself, I probably wouldn’t be in such a problem. It’s a really big struggle for most people. If you could stop, probably life wouldn’t be that unmanageable.’

Mark started his rehab in mid-2016, transitioning after detox. There’s a huge jump between rehab, an institution, and the real world, he says. Hader’s transition program softens that experience and gives people time to readjust to sober life. It helps people manage while they’re setting up their new life.

‘I knew that it was not good for my recovery to live with my family. And that I needed that time to be able to find a place to live and to find a job,’ Mark says. ‘I’m well on my way. The growth that I’ve had and the joy in my life from doing this process is indescribable.’

Now Mark is able to relate to people and form connections. He feels like a completely different person. It takes work, but the benefits are significant. Mark’s family relationships have improved. He’s in regular contact with his sisters, and he’s working hard to maintain a different dynamic with his parents.

‘My relationship with them has been one where I’ve been very dependent on them. So I need to not be dependent on them. I still see them. I talk to them a couple of times a week,’ he says. ‘I catch up with them once or twice a week, but I limit that so I don’t get into old patterns and behaviours in regards to that relationship. It’s just a change.’

For the past 18 months, Mark has been learning to paint and draw. He’s discovered an unknown talent and developed a range of skills. It’s helped him tap into his creativity and go to different types of meetings.

‘I just painted. I just gave it a crack,’ he says. ‘At the end there was a gallery showing and I sold a couple of pieces for charity. It added to the greater good.’

‘This is an institution where people are getting clean off drugs and alcohol and reintegrating into life,’ he says. ‘I may not have enjoyed every minute but that’s not its purpose. I’m very grateful.’

*not his real name 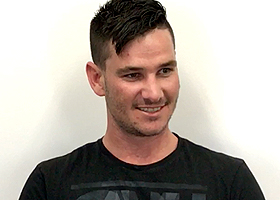 For DJ, life in addiction was chaotic and fast paced. He lived life solely for drugs and the lifestyle that went with it.
Read more 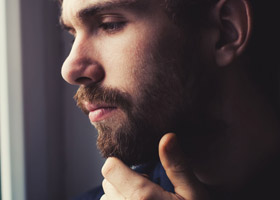 After serviing in the Australian Army, Tim's life was destroyed by his alcohol addiction and he's facing jail.
Read more 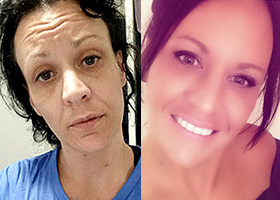 When Faith started using drugs aged thirteen, it felt like an innocent attempt to gain confidence and have more fun in life. But Faith’s drug taking descended her into a life of addiction, pain and brokenness.
Read more