Juliette is a drug and alcohol nurse. She never saw her son’s addiction coming, but when Max turned up on her doorstop begging for help, it was the catalyst to start his recovery from addiction.

My name is Juliette, and I work in a hospital as a drug and alcohol nurse.

However, first and foremost, I am a mother.

I’m a mother to a drug addict, and my reaction to this was as a mother first, rather than as a health professional.

My son, Max, has been battling addiction for the better part of thirteen years.

I didn’t see it coming, but once I knew, I recognised where he was heading.

Max is now thirty, and his journey started at the age of seventeen, after he left high school.

Like many young men, he started drinking – and this was to lead him down the path to harder drugs and an addiction to gambling. At the time of his admission, he was gambling, using alcohol, cocaine and marijuana.

All the time Max was abusing drugs and alcohol, he maintained a job in the hospitality industry. What made things worse is that all of his mates were doing the same thing. In hospitality, alcohol is available open slather. He’d be serving drinks and consuming them simultaneously.

Can I say that Max hid his addiction well? He moved out of home early on, but every time I’d see him, he’d look… tired . I never imagined for one minute that he’d be seriously hungover. He had always been a talented actor, and he executed the role of denial perfectly.

I don’t know how I would have sent Max into rehab if Covid-19 hadn’t hit. I had always found confronting him to be a slippery affair. I used to wonder how I could force him to go to rehab when he’d always duck and weave if I ever broached the subject. He lived his life in such a way that ensured that he was never hanging around with his family much.

Instead, he was hanging out with mates who were only too happy to enable his addiction.

Back to Covid – I’m grateful that it happened because it meant the hospitality industry had to shut down. Max lost his job. It sounds awful, but what a blessing it was for us.

As the Covid-19 crisis escalated, and without a job or money, Max began his descent towards rock bottom.

One evening he literally landed on our doorstep, begging us for help.

Immediately I went into “alcohol and drug nurse mode”.

I told him, “tonight I am accepting you back under my roof as my son, however, tomorrow, I am going to be your facilitator in your journey of rehabilitation and recovery.”

He was in a weakened mental state and to my surprise, I didn’t have to force him to got to rehab. He was ready and willing.

That’s the difference. You have to be at a stage of your addiction where you want to get better. We were lucky in that regard. Covid-19 had forced Max’s hand.

He completed Hader Clinic Queensland’s 90 day program. There were times when I thought that he wasn’t going to last the distance but he did. It was a wonderful relief to know that he was safe and sound at the rehab, and not out and about using.

Max has been out from the program for four weeks. He is living at home with us, and is doing well.

He is hoping to go to university and study – and is currently looking at his options. Although he is wildly creative, the film and TV courses he’s done probably won’t get him a job. That’s what I call a “fantasyland” course!

We are proud that Max has remained sober. To support him, we stopped drinking ourselves. We would only drink once a week, on a Friday evening, but decided to quit.

I have absolutely no insight into how Max fell prey to the disease of addiction from a family point of view. Max grew up in a happy, loving, shall we say, boringly normal family. He was one of those kids who was universally loved in his school classes growing up and was always big on acting/drama.

We really started worrying about Max when he was nineteen. He was working for an insurance company, and wasn’t happy. He was spending every lunch hour at the TAB or playing the pokies.

The psychiatrist at Hader Clinic Queensland reckons that Max wasn’t happy at that time and that gambling game him that hit of dopamine that he was constantly craving. (Dopamine is a neurotransmitter which is associated with generation of feelings of pleasure within our brain). Although I did not realise Max was unhappy, this all makes sense to me.

We discovered that what was pushing Max further into his addiction was a sense of never feeling quite good enough, despite being adept at being an outgoing “showman”.

We participated in the Hader Clinic Queensland family nights. I cannot thank them enough for this part of the program. Through participation in these events, we could clearly see where we had been going wrong. My husband was a great enabler, always giving him money, and not letting him owe anyone anything.

Meanwhile, I was torn between being a mother and an alcohol and drug nurse. The mother in me won out of course.

If I had any advice to give to another parent struggling with the same issue? Goodness me, I have no advice… I seriously don’t know… wait….

Seek professional help. If you believe there is a problem, pick up the phone and do not hesitate to call The Hader Clinic Queensland.

The Hader Clinic Queensland were fantastic in this regard – every step of the way had a staff member willing and able to support us, which has helped us as much as it’s helped Max. 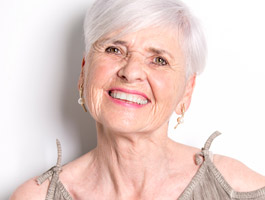 Discovering that her son was an alcoholic came as a complete shock to Mac's mother, who had no knowledge of his excessive drinking.
Read more 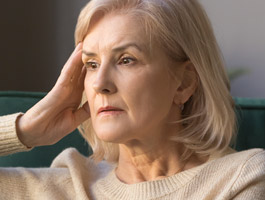 Jane and her family have been living a private nightmare for years. As a happily married, middle class healthcare professional she had no idea her son was using drugs and would go to hell and and back because of his addiction.
Read more 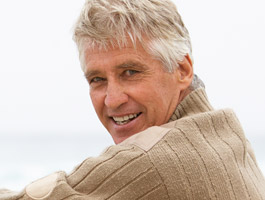 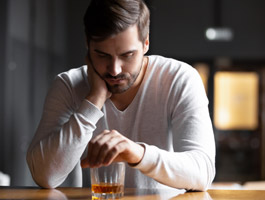 Sometime during a drug induced haze, Eddy sent a text message to his mother asking for help. It was to be the start of his recovery from a life of addiction that had spiralled out of control.
Read more