Hello, we’re Michele and Ed – we are the parents of Lawrence, who completed the Hader Clinic Queensland’s residential rehabilitation program.

We thought that we would share our journey with addiction, because, although we didn’t know it, we were also living an addictive lifestyle when Lawry was in the full grip of his ice addiction.

Our journey has been one of perseverance, of trying to get by. We are fortunate to have each other for support, as things had become overwhelming, grim, and unmanageable for most of the time.

We were aware of a change in the characteristics of our son – his behaviour appeared erratic at times, not the logical, kind, and thoughtful person who we knew. Something was amiss, and Lawrence had a knack of deflecting that managed to make Ed & I begin to second guess ourselves.

We have always been a tight knit family. However, when the addictive behaviours became a regular occurrence – a lot of disagreement and conflict grew between us over Lawrence’s addiction.

We were not completely sure what we were dealing with – Lawrence had convincing moments of clarity that would last for some time, and we thought we had had a reprieve.

Life would be as we had once known; our son and grandkids that we loved and adored could live their lives in a normal stable environment.

Ed and I thought we were doing things that were supportive and proactive to assist Lawrence in achieving his goals. We made the most common mistake! – thinking that enough “self will power” or education/information would be the magic formula to stop the merry go round.

“WE” just needed to try harder!!

Rock bottoms kept moving – surely Lawrence had had enough (we would think). Ed and I were emotionally, mentally and physically spent, there was nothing left in the tank. The journey had nearly broken us. We felt we had exhausted all our resources and the stress was unbearable.

Our working lives were affected. We juggled work and sleep deprivation, knowing that we could specifically hear his car driving around the neighbourhood at 2-3 am in the morning – we live in a small town and his V8 car made a distinctive noise.

We knew that he was either “coming down” or trying to look for more. It was concerning –there were the phone calls – they were scary – hearing from people we did not want to hear from. Also, there were other calls, from the cops, either arresting him, or coming around to our place to see where he was.

It took us a long time to understand the patterns of use – in the addiction cycle, the highs, the lows.

We were addicts in a way too, as we followed the cycle, followed the trends. To have a conversation was tenuous as we were always on tenterhooks trying not to pass judgement or touch on a subject that would create a scene or conflict.

This was our normal now, it was touchy terrain, especially with the children. We had placed our focus on them and their welfare.

The children had become a leverage that was used against us, and it broke us even further.

Our “normal” was certainly not normal at all. Our attempts to be normal grandparents were embedded in the addictive lifestyle. We tried to figure out ways to see the grandkids, to make sure they were safe. However, being concerned for their safety and welfare meant that we were enabling.

It was hard to stop because it was the grandkids that were hurting the most. To turn our backs and walk away was almost impossible.

However, we knew we had to try other tactics to get them to school, to have them washed, clean, and well fed. If we got too close or too involved, they would be snatched away from us.

It was a long chaotic journey, and we were all weary. There were times where we needed something/someone to intervene, but we could not find it/them.

We had become concerned for Lawrences mental wellbeing due to a horrific accident that sent Lawrence into a downward spiral where we could no longer reach him.

One day – Lawrence had had enough and decided to seek help.

When Lawrence was accepted into rehab, it was as if a huge weight had been lifted off our shoulders. It was nice to be able to go to sleep at night and not worry about where he was or what he was doing – or whether the kids were ok.

We have participated in the family nights with Olivia, the staff psychologist. We were involved when Lawrence first signed in down in Brisbane, we got involved with the Zoom meetings and read, “Am I Living with an Addict?”

It was an eye opener. We wondered where this book had been when we were looking for any threads of hope that may have offered a solution. It was a relief to read it and know that we were not alone. It was also a relief to speak to other families who were in the same position.

When we visited Lawrence on the weekends at the rehab, we met other families who were visiting their own loved one. We got to learn about other people and their journeys. Until this time, we thought that no one else would vaguely understand. It was a relief to know other people had similar experiences to us.

Our relationship with Lawrence began to change for the better once he was in rehab. We could see that he was mentally getting better. His eyes became clearer, and his focus came back. That “dead” drug addicted look was receding. We were witnessing the transformation back to the person and son that we used to know so well.

We wanted to be there for him and support him the whole way. We could see the change in him, almost straight away. We wanted to be part of his recovery as we had been there under duress for everything that had come before, which was horrible.

To see the happy side of him come back, to visit him where he didn’t “want” anything from us, it was uplifting.

The enabling could finally stop.

The only time he had wanted to see us in active addiction was when he wanted us to pay for something – his rent, his power bill or food (there was always a hustle for money).

Lawrence was adamant that the Hader Clinic Queensland was offering a solution for what he was seeking – We feel it was a great choice!

There have been some wobbly moments over the past eighteen months. There were a few darker times when he could have possibly picked up again. The program helped him to understand he had a new set of instructions to work things out, plus we were here with him talking through it as well.

We (especially Michele), would talk to him about the 12 Step program, using it as a means of conversation. Michele quit drinking, has a sponsor, attends AA and does the 12 Steps too. We have become the transition house in a way. We try to follow at our place along the lines of the Hader Clinic Queensland’s transition program.

Lawrence is progressing with his recovery and continues to share his experiences, strengths and hopes with others in the community. We are grateful to hear such enthusiasm that Lawrence has when he talks about a solution to others that reach out.

As for us, we would encourage other parents not to give up. Try to stay and be a part of their lives. Try to love them as much as you can.

At the end of the day, they are sick people trying to get well – not bad people trying to be good – it’s your family. It’s the drug that has taken over, not the person. Encourage rehab and don’t enable. Help is available if you need it.

The future? We take it one day at a time. We try to stay in the moment. We follow a routine. We use the tools. Each day we try to be kind and loving toward each other, and that is including ourselves.

We are grateful to the Hader Clinic Queensland for helping our family. 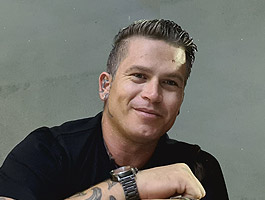 The Hader Clinic Queensland helped Lawry with his addiction to ice. He bravely shares his story.
Read more 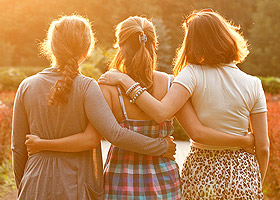 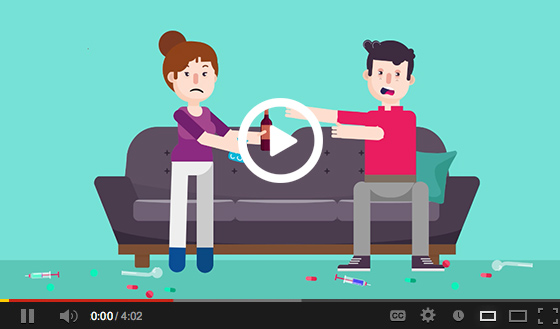 Are you an Enabler?

A short educational video about drug and alcohol addiction explaining what addiction is, why people get addicted and, once they are, how they are trapped in the cycle of addiction.
Read more 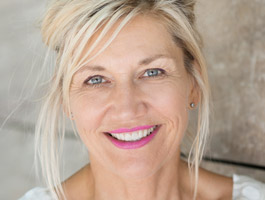 We know facing up to the reality of getting help for the addiction of a loved one is a tough decision and a family intervention might be the solution.
Read more