“That first drink was super intense, the excitement of it felt intoxicating. From that moment, I couldn’t put it down.”

My foray into active addiction started at fourteen or fifteen. There’s maybe a mental health component as when I was growing up my mother was diagnosed with Bipolar disease. She was a huge binge drinker and this was a big issue for me.

I thought that my mother’s experience would scare me off alcohol, but it wasn’t to be. That first drink was super intense, the excitement of it felt intoxicating. From that moment, I couldn’t put it down. After that, I would be trying to drink or do drugs with any chance I had.

In those teenage years there was also a lot of partying which included all of the party drugs that go with it.

I had a fairly strict upbringing. Being the eldest, I was the “test and trial” child and I felt a lot of pressure growing up. My Mum is now considered stable but she definitely had her moments along the way. She was misdiagnosed at first and ended up being on a cocktail of all the wrong drugs, which ended up in a lot of medication abuse.

At nineteen, I entered into a relationship with an abusive alcoholic. Within that relationship I was raped. This experience now gave me a valid reason to abuse drugs and alcohol. Plus, I liked it.

My alcohol abuse really took off. I added weed and party drugs in there for good measure. I abused this combination of substances for quite a while and then I was introduced to meth. This turned out to be a pretty hectic addiction, especially in the last year. I had dabbled in it previously, but nothing like this.

It would be fair to say that if it wasn’t meth, it was something else. There was always something in my system, whether it was prescription drugs or alcohol. Alcohol was always my “go to” though, it’s legal and cheap and it was accessible where ever I went.

I went to my first rehab in 2018 – because my mum gave me an ultimatum. She said, “you either go to rehab or I’m dropping you in the Valley right now”. I was even considering being homeless because I knew I would have been able to survive. Plus, I would have been able to do what I wanted for a really long time. I didn’t think my life amounted to much, there were times where I felt quite happy at the prospect of dying. I had no purpose in my life.

The rehab itself was residential and I was there for seven to eight weeks. It was a public facility, and the first week I went into transition, I relapsed. There were AA meetings, but I felt like I was just a body in the room going through the motions. There was no “12 Steps”.

I wasn’t ready mentally. I went to the rehab for my family, I wasn’t there for myself from the outset. Before rehab I was admitted into an involuntary psychiatric ward to detox as they knew that I was going to rehab.

When I was in there, I got sexually assaulted again and my family wouldn’t talk to me for a month.

I was as fragile as all hell. I knew going in there, that I would eventually have to start my “doing life” shit alone. I had felt like everybody had let me down. There was no “safety” in anybody. I didn’t have any friends that I could trust or rely upon.

That year led to super heavy meth use, I was doing sex work, doing whatever by any means to survive, it was really crazy. I really don’t remember much of the past year.

I got kicked out of my apartment and decided to try and go back to public rehab because I knew I really needed help and I also knew how to use and drink in there and get away with it. It was so fucked up. At this point I really thought that I couldn’t be helped at all, doing all of this in a treatment centre whilst heavily using.

Got booted out of there eventually, and spent a couple of weeks at home.

I was at my lowest of lows. When you don’t think things can get any worse, it really does.

I tried to take my own life.

I cut my wrist with a steak knife and got sixteen stitches. I couldn’t care about the cut. All I cared about was the Fentanyl they were giving me. I was that sick.

My parents really reached out. Dad’s a shift worker for the government and he reached into his superannuation to get me into the Hader Clinic Queensland. And it’s saved my life, I really mean that.

I was really ready for rehab this time. If I hadn’t gone, there’d be a good chance that I’d be dead by now.

My parents never enabled me, ever. I always had to steal, which is probably the worst part. When I was about to go to rehab, they put me into complete lockdown. Even though we live out in the country, they wouldn’t even let me go for walks. They knew I’d simply catch an Uber into town to get a fix.

I was really contained, because as you probably know, if an addict wants something, it’s amazing the lengths they will go to in order to make it happen.

I tell myself that I can be that smart and that resourceful with my recovery these days.

I didn’t know what day I was going to be admitted to rehab, however it transpired that I was drinking the night before, probably 25-30 standard drinks, then I had some Seroquel in the morning so I could sleep it off during the day.

Then mum came home and told me to pack my bags, that I was going to Hader that day. My body was so blocked up and dehydrated I couldn’t even do a good UDS (urine drug screen) for a week and a half.

They had me on a drug reduction, but that didn’t do too much because I was a heavy benzo user as well. Otherwise, the rest of my body felt wonderful for withdrawing.

I was completely desperate. I was so happy to go to rehab.

It took me a bit to settle in which surprised me, given that I’ve been to two rehabs already.

However, on feeling more settled, I began to feel welcomed.

The biggest difference was that I was now part of a therapeutic community rather than just being another number at residential rehab.

Psych ed taught me the value of community and the fellowship in rehab taught me how to make connections with others, how to communicate and how we were going to be able to use these skills once back in the real world.

Finally, I in was also in an environment where I felt safe. It was so much safer than what I’d been exposed to previously. There was no drug use, no illicit substances. This helped me feel safe.

I learned tools to deal with challenges to my safety and stability which will happen, regardless, in the real world.

It was awesome not having a phone and the staff were completely and utterly supportive. I tried to get as much as I could out of the staff as they all have lived experience and are completely relatable. Mark, Robyn and Maria were particularly helpful to me. They were paramount to my recovery.

Even though the first couple of weeks were hazy, I feel like the switch was flipped when I went to my first meeting in Cooroy. Even though I’ve been in and out of meeting rooms, at this particular meeting I thought, “I’m going to do it. I’m going to do ninety meetings in ninety days”.

I started to look forward to doing a meeting every single day. From that first meeting I knew that “shit was changing.. right now”. I didn’t feel like “a body in the room” anymore. I wasn’t just “talking the talk”, I was now actively engaged and involved.

Since I have left rehab, I have moved back home with my parents. I am participating in the intensive outpatient program. I’m looking to extend that period out for another month. My priority is getting to a meeting, finding a home group and placing my recovery first.

My family are supporting me as well by attending Al Anon. They’re getting more understanding about addiction as a disease and discovering things about me that they just never knew. They have been very supportive.

Despite all the world uncertainty, one thing is for certain, my recovery comes first.

I cannot thank the Hader Clinic Queensland enough for saving my life. 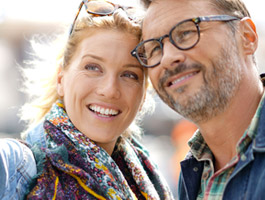 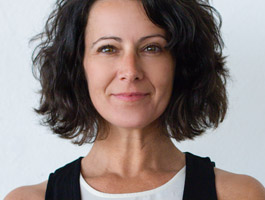 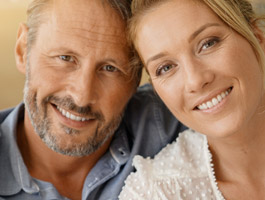 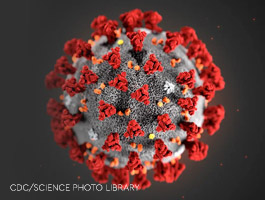 As the Novel Coronavirus (COVID-19) continues to evolve, here’s why you should consider treatment for you or your loved one’s addiction issues immediately.
Read more