The Physical Effects of Ice

Crystal methamphetamine, also known as ice, is a highly addictive drug that stimulates the brain and nervous system. This causes intense pleasure and clarity and many users have described the effect as possessing increased energy and feeling that they have a better ability to make good decisions.

These symptoms are the result of ice significantly increasing levels of the hormone dopamine in the body, often up to 1,000 times higher than a standard level. This is higher than any other pleasure-inducing drug or activity.

The effect ice has on the body depends on the strength of the drug, the method of administration and the quantity used. Individuals may wish to smoke the drug, which has an immediate high. Others may choose to swallow it, which may take almost half an hour for symptoms to take effect.

Ice can also cause an increased heart and breathing rate, an increased sex drive, a reduction in appetite and an increase in pupil dilation.

The effects of ice commonly last anywhere between four and 12 hours, sometimes even up to 24 hours after taking the drug. However, traces can remain in urine and blood for up to three days.

Once the effects of ice wear off, you will experience the come down, which often induces opposite feelings to your high. This may mean feeling depressed, irritable, anxious or nervous, as well as having difficulty making good decisions and concentrating. You may also get headaches, have a sudden appetite or blurred vision.

It is also common to feel tired after coming down from a high, however many users have noted they have trouble sleeping despite feelings of exhaustion. Users also often experience paranoia and hallucinations.

Ice targets the dopamine system, so regular use of ice can wear out the brain’s natural dopamine system. This means the brain will no longer be able to produce enough dopamine on its own, commonly causing feelings of depression. In order for individuals to feel more normal, they will turn to ice to raise those dopamine levels. This is one reason why ice relapse rates are significantly high.

For regular ice users, or those who use ice in higher doses, the positive effects of the high become less and less pleasurable over time. Users may only experience an increased heart and breathing rate, however other symptoms such as nausea, vomiting, anxiousness, hostility, aggression or psychotic episodes may also occur during the high, as ice causes the release of noradrenaline, a brain chemical that provokes a fight or flight response.

If you take too much ice, you are at risk of overdosing and experiencing a stroke, heart failure or even seizures.

It takes up to two weeks to physically detox from ice, which is twice as long as other drugs. After this initial withdrawal period, you may experience a chronic withdrawal period that can last over a year.

You are likely dependant on a drug if you constantly need more of the drug to experience the same effect, you are having withdrawal symptoms, it is impacting your work, home or school life, or if you are spending significant amounts of time seeking, using or recovering from the drug.

If you are struggling with an addiction and looking for an approved addiction treatment provider, The Hader Clinic Queensland can help. Reach out today and create a better path for your future. 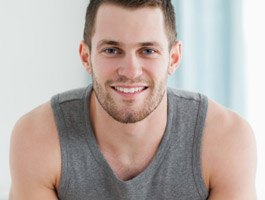