Hi there – my name’s Jeff (changed name) – I’m a bit over two years’ clean. I went to rehab in November 2018 and also completed the transition housing program at the Hader Clinic Queensland. Like many addicts, I was addicted to more than one substance – in my case it was methamphetamines and alcohol being the two “majors”.

In terms of my upbringing, I had a pretty normal childhood, my family stayed together for it – I had both parents, so nothing too abstract there. I started using pot and alcohol in early high school with my schoolmates. It was more of a party thing, and what the group did to fit in. It was just what we did every now and again on weekends. It never really became any problem for my until I turned eighteen. I could now legally purchase alcohol and I started doing this quite often.

When I used at that age, I always drugged or drank to the point of passing out, there was no middle ground. I guess that was the difference between myself and the people I was hanging out with. That continued all throughout my late teens and early 20s. I got into a relationship that fell apart after a couple of years. We bought a house together and during that time my drinking and drugging just took over like wildfire. My partner could not handle this, which is fair enough too, and decided to leave.

After those events, I just started to use heavily, all day and every day. It was both heavy alcohol and drug use. By that stage I had started using meth – once every couple of weeks. Then it turned into once a week, then Thursday to Sunday, then eventually every day. I was just 22. Life at that stage was pretty sad. The first thing I’d do when I woke up was to have a drink and use. I isolated in my house all day, I had little contact with others. I drove whatever friends I still had away, and started hanging out with other users and dealers.

My family were aware that I was drinking heavily, but it wasn’t until things started getting really bad, including losing half my body weight, that they realised that I was using more than just alcohol. Along with losing weight over six to eight months of heavy meth use, I also started getting into trouble with the law. I had stopped going to work long before that. I worked in real estate and one day I simply didn’t show up. I turned to crime to support my habit – I accrued some drug related and violence related charges in that time.

I guess when I was about 23 or so, I was given the choice by the court to either go to jail, or go to rehab. I chose to go to The Hader Clinic Queensland.

I’ve actually been there twice. The first time, I got kicked out after sixty days for using. At that stage, I didn’t want to get clean. I just didn’t want to go to jail.

I got opted out for thirty days and did not return to The Hader Clinic Queensland for a year. When I got out, I started using again – just as heavy as before, for an entire year. It was almost as if I was rebelling.

After doing another year of heavy using, every aspect of my life got worse. The isolation became more pronounced, plus my habit was expensive. At my worst, I was using $1500 worth of drugs per day. It was unhealthy and unsustainable – and yes, I started getting into trouble with the wrong types of people and the law.

I think I got to the stage where I had an epiphany one evening and thought, “I can’t do this anymore”.

The funny thing with the first stint at rehab was that I believed that I used more afterwards because deep down, I now knew that there was a better way. I just wasn’t ready. Sure, using was fun for those first few days after rehab, but then it quickly turned into that hideous addictive cycle. It was no fun, in fact it felt soul destroying.

That’s when I decided that I had enough. I contacted my mother, who travelled up to my place at Airlie Beach. She helped me pack up my house and got me off to rehab. I had been planning to stay with Mum to try and get clean, but she insisted that I go to rehab.

However, before I entered rehab again, I got picked up by the police. I had an outstanding warrant for my arrest, so I got locked up on the Sunshine Coast for a week or so and then sent to rehab. Second time around was a completely different experience. When I arrived, I had no clothes and no shoes. It literally was the rock bottom for me.

I wanted recovery. I wanted to be there – which made all the difference in my experience.

I also did the Transition Housing program. I wanted the opportunity to do everything I could to promote my sobriety, any extras. It was a good opportunity and time for me to work on myself.

And here I am, two years’ clean!

The first three months in the transition house, was about learning to get back to doing things on my own. For example, waking up every day with a routine – go for a run, have breakfast, put a load of washing on. That sort of thing. I hadn’t done this for years.

The biggest key message I have to share is that you have to be real with yourself. You have to want recovery. That’s why rehab “didn’t work” first time around for me – I was continually lying to myself. I wasn’t being honest with myself about where I was at.

I think that’s what has kept me clean, continually evaluating where I’m at and what I’m feeling.

I still have a sponsor who attends NA frequently, but I don’t participate as much these days. I did a meeting once a day in rehab and twice a day in the transition house and I really didn’t do any more after that. However, I do stay in touch with my sponsor a couple of times a week, and that has worked well for me. I’ve been working with him for the last two years.

Now, I’m at university and studying computer science and mathematics, which I am loving.

One thing that I did do differently after I left rehab was that I deleted all my social media accounts and my old contacts, except for my family. Anyone that I had an association with in using drugs… well, I don’t speak to them anymore. I also got a new phone number.

I moved towns. I moved nearly 1000km south. I’m from Airlie Beach originally and it wasn’t until I had done a year clean that I went back for a visit. I enjoy fishing and boating – however, I don’t think I could have done it any earlier. It’s a small town and you run into people. I just didn’t want to have exposure to anyone from my past.

Although I don’t have cravings for drugs anymore, the hardest part of staying clean was when my mother passed away – I had been eight months’ clean at that stage, and I was devastated. That has probably been the only time that I have been intensely triggered to use. After I got through that, nothing has really come close to those feelings. I am grateful that she had been there to see me get clean and to help me – I will always have these wonderful memories.

Now that I’ve been clean for so long, I’ve been able to get back to doing activities that I love. For example, I love music, concerts and going to gigs and stuff. People are always drunk at these types of events. However, I can handle myself in these situations now with no problem. One reason I stopped going to meetings was that people used to tell me that it was impossible to attend these types of events in recovery. While I appreciate that it may be the case for some people, I just didn’t agree with it. Again, you have to be honest with yourself about your why. I go because I’m motivated by my love, and enjoyment of the music. I have come to realise that by not drinking that I can immerse myself fully in the music and the moment.

I own my past. I disclose it when I think it’s important.

Since I became clean, I have made two new friends. I’m dating a lovely young lady – my first foray into a relationship post rehab. I think I told her upfront on one of our first dates why I don’t drink and the reasons why. I have also made another friend at uni – I wasn’t completely honest with him straightaway. However, after a couple of weeks, we went out for a game of pool, he asked me if I’d like a drink. Again, I told him that I didn’t drink and the reasons why. I made it quite clear to them that they didn’t have to feel anxious having a drink around me – that I wasn’t going to be triggered into using. I’ve come to a deep sense of peace that drinking is something I can’t do anymore – and have no desire for either. I’m at the point where I can go out with friends, they can have a drink, and I’ll quite happily sip on a Coke.

Life is good. I am appreciative of my time at the Hader Clinic Queensland and the tools I learned to help me stay clean. 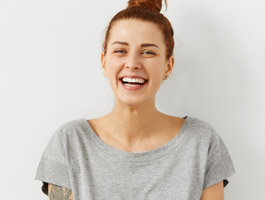 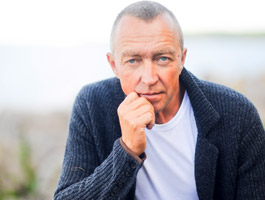 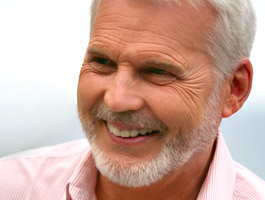 Despite losing his wife and kids, Pete continued to drink. He didn’t see a problem with it and never thought he was an alcoholic. Then one night a family intervention put Pete on a road to recovery. This is his addiction recovery story.
Read more 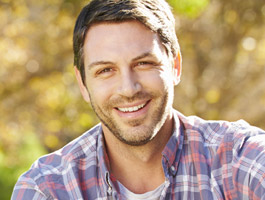