Tim is waiting to go to jail. During a blackout, he committed offences that now see him facing the same charge as if he’d robbed a bank.
‘I grabbed a guy’s bike, threw it into the street and walked off with his helmet,’ Tim says. ‘I don’t know why. There was violence and thank goodness the guy wasn’t hurt.’

Within the same week, Tim was also charged with minor offences including being drunk and disorderly. Given his history, he can’t see how he’ll avoid prison. But right now he’s focussed on his recovery. Tim has completed detox at the Hader Clinic and is doing the transition program.

‘I ended up at the Hader Clinic after a pretty significant relapse,’ Tim says. ‘Previously I had been in recovery for five years.’

‘Last year, Tim completed a three week detox in a private psychiatric hospital. He got clean and sober and told himself that if he relapsed again he’d have to go into rehab to break the cycle.

Tim had his first taste of speed at 13, but he wasn’t particularly keen. He was drinking heavily by 16. His behaviour caused problems at school that resulted in Tim losing his role as school captain. He dropped out and joined the army at 17.

‘It was a drinking culture. I associated drinking with adulthood, a rite of passage,’ Tim says. ‘I was drinking every day, but still able to work and manage the hangover.’

After serving in East Timor and Townsville, Tim left the army with a commercial diving qualification and construction skills. He moved home to Brisbane to study environmental science.

‘I fell into active addiction around 24-25,’ he says. ‘I returned from an overseas exchange semester and tried to stopping drink. I would reward myself for finishing an assignment. Consequences started adding up.’

Around the same time, Tim’s sister took her own life. She had been an addict since Tim was 11 and had been in and out of mental health facilities. Tim was also diagnosed with probable bipolar disorder.

Drinking was effecting every part of Tim’s life. He started doing outpatient detoxes through the state government, but he wasn’t aware yet of recovery as a process.

Towards the end of university, he was only able to study part time over a long period. He was going bankrupt.

‘It was difficult to get through the last few semesters. I took three years to do one course, between drinking and being in and out of custody,’ he says. ‘I had a really good GPA but the transcript doesn’t look great on paper. I’ve got no experience, no references, and a pretty solid criminal record.’

Tim can’t see how he’d get hired in that industry now. His criminal record would exclude him from a lot of government and corporate roles.

‘That’s probably one of the biggest impacts of my addiction is the loss of career opportunities as a result of a criminal record. I couldn’t change to another profession either like ambulance officer or nurse.’

Last year, Time was living in a backpacker hostel in Sydney with no support network. He had detoxed but relapsed. He had an accident and was injured. He returned home to visit his mother and look at rehab options.

‘Within two days of returning to Brisbane, I ended up in jail,’ Tim says. ‘I was bailed, spent two weeks in relapse and racked up several more charges.’

Tim’s bail was revoked and after several weeks on remand, he was released with the support of a veterans’ advocate who helped him get into rehab.

Now 33, Tim has seen his addiction affect every relationship. He’s not naturally outgoing but he’s got a handful of friends from school and the army. His drinking contributed to the demise of a long term relationship, but the biggest effect is with his mother.

‘She’s my greatest supporter. She’s always there for me, but it’s got to the point during relapse where she’s had to cut me off or cut me out due to my need to borrow money all the time,’ Tim says. ‘Not just that, but also out of concern for me and not knowing how to deal with it.’

Tim’s employment prospects were limited when he lost his license for five years. He worked as a labourer, but he’s hoping now to get an electrical trade once he knows the outcome of his court hearing. He’d like to pursue his interest in environmental sustainability by eventually moving into the renewable energy sector.

‘I’m just trying to do what I can for my recovery in the meantime and maybe kick over a pre-apprenticeship between January and March,’ he says.

Since coming to the Hader Clinic, Tim has been working to improve his life. His relationship with his mother is better and he’s focussing on the present to stay sober.

‘I’m doing really well but I know how easily it can all come apart,’ he says. ‘I’m feeling hopeful.’ 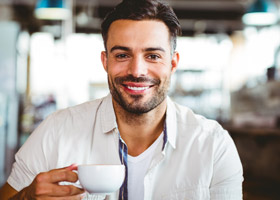 Following many failed attempts at other rehabs TJ had lost all hope that he would never be able to stop drinking. Read his recovery story.
Read more 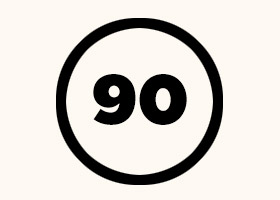 Clinical research proves there is a greater chance of long term recovery from addiction when treatment is undertaken for a minimum of 90 days.
Read more