Sitting in a cafe, neatly dressed, sipping a flat white, TJ looks just like anyone else having their morning coffee. However TJ is a recovering addict and is now celebrating life two years’ clean from drug and alcohol addiction.

Following many previously failed attempts at other rehabs and having lost all hope that he would never be able to stop drinking, TJ successfully undertook our residential addiction treatment program. Being an Australian army veteran, and a DVA Health Card holder, TJ was able to undertake the program at no cost.

This is his addiction and recovery story.

My primary addiction was alcohol, although there was other substance abuse the whole way through. I guess from my early twenties, it really started. I went through all the phases – I now see alcoholism and addiction as progressive diseases.

Originally I spent time in the army and developed into what I considered to be a heavy or problem drinker. After I left the army and its culture of heavy drinking, I studied environmental science at university and I decided that it was high time to curb my drinking.

To my surprise I found that it was almost impossible for me to stop and after a period of denial, came to the understanding that I was an alcoholic, that I had a problem and needed to seek treatment.

It was impacting on my university studies, my finances and relationships, so in 2008, I sought counselling. By then, trying to stop involved doing supervised medicated detoxes. At the same time I was diagnosed with other illnesses by a psychiatrist. I have no idea if any of these diagnoses were even accurate as the alcoholism was consuming so much of my thought.

Over the next ten years, I was in the grip of addiction and for me, all I ever wanted was to get myself out of the addiction cycle. I was always seeking treatment for my addiction issues, realising that being in the grip of one substance meant that I could easily flip to another. Over this time I began to understand, although not act on it, that abstinence was the only solution.

I did several medical detoxes and did whatever I could to get back on my feet. In that way, I was quite persistent. I’d find work and accommodation in different geographical locations with the view to starting again but I just couldn’t make it stick – the compulsion to drink would be too great. Then to manage the compulsion,

I’d go into survival drinking mode – drinking around the clock to minimise feeling.

This caused financial and legal problems with pending bankruptcy. To add further fuel to my distress, my sister committed suicide during this period.

In 2013 my mother got me into rehab – which felt like a miracle at the time. I wasn’t doing any fellowship work, if anything, I medicalised the situation and was seeing a suite of counsellors and doctors.

The thought of going to somewhere like Alcoholics Anonymous (AA) was offensive to me. In my ignorance, I believed that this organisation was religion based.

At that time I chose to just do CBT (cognitive behavioural therapy) instead, but would keep failing over and over once I got back into society because the addiction was just too strong. Even on day leave from rehab, I couldn’t go past a bottle store without buying a couple of bottles and hiding them.

Although I was doing CBT, I felt like I was being ripped apart. The rational side of me knew that my behaviour was wrong, but no amount of logic or reason would quell the urges to drink.

After five years of failed rehab, I still held out some hope that I would get over this. After all, I had this quality of persistence. Despite the drinking I had always achieved what I set out to do, in the military, at university. I knew that I had it within me to change. I just didn’t know how to do it with the fallouts in my personal life as a result of addiction.

It was later in my journey to recovery that I began to lose hope. I thought this is actually going to kill me.

I contemplated suicide. I decided to change locations to start again and moved to Sydney. But it was the same story. I relapsed and I fell into homelessness. There was fear and dread – was this it?

In 2015, I made another last ditch attempt at the another  rehab clinic which dealt with medical detox more than long term recovery. I did two spurts back to back of their three week program and as soon as I left I relapsed.

I returned to Sydney to try and start again, and relapsed again. I felt like a failed dieter – the addiction had come back and then some. I was living a spartan life.

Within 24-48 hours of my relapse starting I had lost all my possessions, I was out on the streets, the stereotypical gutter drunk.

That cycle continued for a good three months. I tried medical detox after detox. I decided to visit my family back home in Brisbane but I relapsed, suffered black outs and also found myself in trouble with the law.

It wasn’t typical criminal behaviour and I wasn’t aware at the time as to what I’d done. The person involved was a medical student and accepted my apology without question. As fate would have it, he was in the Army Reserves and had a special interest in addiction and marginalised people. His compassion for my situation combined with my history and attempts at rehab saw me avoid jail time as a result.

Eventually I found The Hader Clinic while I was on bail. I was fortunate enough to have an advocate from Veterans 360 (a veteran support organisation) who was able to facilitate my entry into the clinic through assistance from the Department of Veteran Affairs. I had no idea that such help was available and it made all the difference.

I put my head down in rehab and right from the beginning, I felt the program suited me. Rather than fear the Steps of AA, I began to understand and embrace them. I found that attending meetings and becoming involved in service and fellowship provided much needed structure in my life.

As a result I started achieving some much needed stability in my life. Any fears I had about AA were quashed as I had the leverage of being on bail to continue and not drop the ball or go it alone.

I began to realise that the readings and the core spiritual principles espoused weren’t about religious beliefs but rather a blueprint for living. Anyone can adapt the program to best suit their beliefs and it’s about holding the qualities of openness and willingness. And willingness is most important for an addict because if you really want your recovery then you shouldn’t be getting hung up on semantics and rhetoric. You should just be getting stuck into the program.

Two years on, I still go to meetings but I’m more focused on fellowship – staying in touch with other addicts and giving them support by encouraging them into meetings and rehab.

In the giving of service it always reminds you where you’ve come from and how fierce the obsession can be. That’s the basis of the fellowship – to give service to, and have compassion for those who are suffering.

In AA, you’re not bound by any rules or requirements, it’s my decision to keep contributing because the 12th step is that giving back aspect and being in it for the long haul.

These days, I’m training to be an electrician. With my environmental science background, I’m really interested in sustainability and energy saving. I’m still getting over obstacles in my career due to my addiction. I’m also getting into gardening, and enjoying the mundane everyday things in life that we all take for granted.

If I were asked to give any advice to someone trapped in addiction who didn’t think they had any hope, I would say first and foremost – to exercise some self compassion. We spend so much time beating ourselves up for not making changes – recovery has taught me the value of kindness, both towards myself and others.

Try to keep things in the present – it does sound like a cliche but try to live one moment, one day at a time. The other saying is to do the next right thing.

Don’t kid yourself though, recovery is hard work. It just doesn’t happen and you have to put yourself and your recovery front and centre for any chance of success.

You do have to put your head down and do the work.

Despite all of my issues, especially incarceration, the first couple of days of rehabilitation are extremely confronting. That said, I had the support of The Hader Clinic staff to get me through.

Trust me, if you have the willingness to get better, and the acceptance that you suffer from the disease of addiction, recovery is possible.

Every day I’m abstinent is a great day. I get to experience the joy of ordinary living. Two years on, life couldn’t be better.

There is always hope that you can recover from addiction, always. 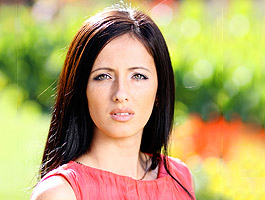